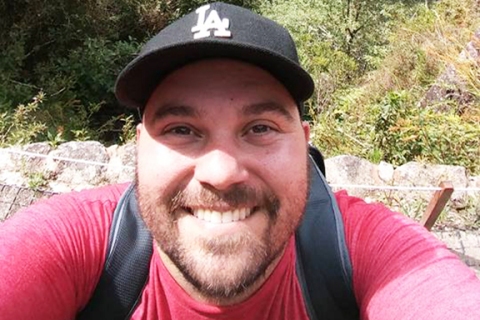 He had visited Disney World in Orlando, Florida before returning to Los Angeles. He became the second person in Los Angeles County to succumb to the coronavirus.

“He suffered a lot and put up a good fight. We will miss our Jeff everyday but we are thankful for all the fun happy memories of the times we had together,” his sister wrote on his Facebook page, according to TMZ.

Ghazarian’s family told TMZ that he flew from Los Angeles to Orlando on March 2 for a work conference, but stayed a few extra days to visit Disney World and Universal theme parks with friends.

According to his family, on March 7 Ghazarian developed a cough, and the next day he coughed up blood. He flew back to LAX on March 9 and immediately went to the emergency, where he also had a high fever. The Ghazarian family told TMZ that a chest x-ray confirmed he had pneumonia. He was tested for COVID-19 and sent home with fluids and antibiotics and instructed to self-quarantine until he got the results.

On March 13, the results of his test came back positive for the coronavirus. According to TMZ, Ghazarian was given a portable oxygen meter to keep an eye on his. On March 14 he was taken by ambulance to the hospital and quickly transferred to the ICU when it was discovered his lungs were 60 to 70 percent blocked with pneumonia. Doctors decided the best path forward was to sedate and intubate, hoping a ventilator would help his lungs heal, according to family accounts provided to TMZ.

Ghazarian passed away Thursday morning. His family said he was he had a history of asthma and frequent bronchitis as a child, though he outgrew that. He also had undergone surgery for testicular cancer back in 2016.

Last month, both groups issued ‘Action Alerts’ on issues of concern to the over 1 million strong Armenian American community. Here in Florida, there are approximately 30,000 Armenian Americans.

With the inauguration of the President Donald J. Trump and the start of the 115th Congress, the groups called on their respective members to take action to boost the Armenian Caucus membership, express opinions regarding the nomination of Jeff Sessions for Attorney General and Rex Tillerson for Secretary of State, as well as contacting the Trump Administration to advance Armenian American policy priorities for 2017.

Prior to the calls for action, both the Assembly and ANC sent congratulatory messages to President Trump on his election (see the Assembly letter here and the ANC letter here).

The Assembly, an independent, non-partisan, Washington, D.C.-based organization, urged members to send messages to members of the Senate Judiciary Committee and Senate Foreign Relations Committee regarding nominees Sessions and Tillerson. Tillerson was confirmed by the Senate last week and Sessions is expected to be approved this week. 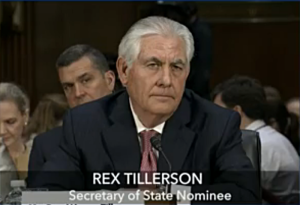 The ANC, the U.S. arm of the Armenian Revolutionary Federation, a Yerevan-based Armenian political party, issued calls to its membership to outline key policy priorities to the Trump White House. “Ask President Trump to support Armenia,” reads the ANC alert. The ANC outlined three key policy areas: “Properly commemorating the Armenian Genocide as a clear case of genocide challenging Turkey’s obstruction of justice for this still unpunished crime and more broadly rejecting Turkey’s efforts to control U.S. policy on Armenian issues; Advancing a durable and democratic peace in the Caucasus by recognizing and supporting the independent Republic of Artsakh (Nagorno Karabakh) and; Growing the U.S.-Armenia economic military and political partnership and supporting a secure prosperous and democratic Armenia.”

You can take action on the Assembly and ANC alerts here and here.