It is with great sadness that we inform you that Carol Norigian of Boynton Beach, Florida, formerly of Cranston, RI, died unexpectedly on Saturday, October 29, 2016. Carol was born December 16, 1942 in Providence, RI, the youngest child of the late Bedros Peter Norigian and Satenig (Proodian) Norigian.

Carol is survived by her siblings, Marion Der Vartanian, Gerald G. Norigian (Lillian) and Zaven Richard Norigian (Rose), and was the sister of the late Deacon A. Edward Norigian. She was also the sister-in-law of Dolores Norigian and the late Harry C. Der Vartanian. Carol was the cherished aunt of Chris Der Vartanian, Lisa Lombardo (Anthony), Sharon D’Antuono (Robert), Tania Alexander (Gary), Zaven Norigian (Shawn), and Gregory Norigian. She was the Godmother of Patricia Rendine (Paul) and Peter Babigian (Nadya).She had several grandnieces/nephews including Alexandra Lombardo, Matthew, Michael and Amara D’Antuono, and Luke and David Alexander.

Most importantly, Carol would light up a room wherever she went. She was truly loved by all who knew her and she will be dearly missed.

Relatives and friends are invited to attend her funeral service on Thursday, November 3rd at 10:00 a.m. in Sts. Sahag & Mesrob Armenian Apostolic Church, 70 Jefferson Street, Providence, RI, 02908, followed by burial at Swan Point Cemetery, Providence. VISITING HOURS will be held on Wednesday, November 2nd from 4:00 p.m. to 7:00 p.m. in the NARDOLILLO FUNERAL HOME & Crematory 1278 Park Avenue, Cranston, RI. In lieu of flowers, memorial contributions may be made to Sts. Sahag & Mesrob Armenian Apostolic Church at the address above, or St. David Armenian Church at 2300 Yamato Road, Boca Raton, FL 33431.

PALM BEACH, FL – The Armenian Assembly of America (Assembly) is pleased to announce a new slate for the Assembly’s South Florida Regional Council (SFRC) for 2015-2016. The mission of the South Florida Regional Council is to advance Armenian American issues at the local and state level, hold events such as the annual board of trustees meeting, and assist in the development and growth of the organization in South Florida. The new Assembly SFRC includes Lu Ann Ohanian (Boca Raton), Board Member; Arsine Kaloustian (Palm Beach), Chair; Carol Norigian (Boynton Beach), Vice Chair; Marta Batmasian (Boca Raton); and Harout Samra (Miami).

Arsine Kaloustian, Public Affairs Director for Florida Armenians and Chairwoman of South Florida’s Armenian Genocide Commemoration, Inc., will serve as the Assembly SFRC Chair effective immediately. Kaloustian brings years of public relations, event planning, and fundraising experience to the council. Batmasian, an Assembly Trustee for over two decades, is a highly respected community leader and philanthropist in South Florida. Samra, a Miami-based attorney, is an active member in the Armenian community in South Florida. Norigian, a life-long activist in several Armenian American organizations, has managed the Assembly SFRC since 2007 and will serve as Vice Chair effective immediately. Assembly Board Member Lu Ann Ohanian will continue to serve on the council in her official capacity.

“Together, Arsine, Carol, Marta, and Harout make a dynamic team and I’m excited to begin working with them to carry out the Assembly’s mission right here in South Florida,” Ohanian said.

WASHINGTON, DC – The Armenian Assembly of America (Assembly) is pleased to announce that Irene Vosbikian, author of the recently released novel BEDROS, will present her book and sign copies at the Assembly’s Annual Member Meeting Welcome Reception in South Florida on Friday, March 13. “We are delighted to have Irene present her book and share this powerful story on the Armenian Genocide,” stated Assembly South Florida Regional Council (SFRC) Chairwoman Carol Norigian. 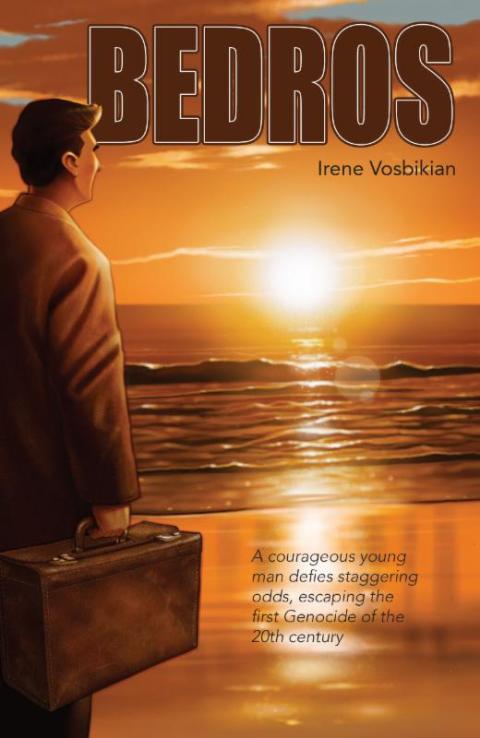 BEDROS is the inspirational saga of a man who, having witnessed his father’s murder, goes on to survive the first genocide of the 20th century, and struggles to achieve greatness in the New World. BEDROS is two stories in one because the main character lived two lives in one – the victim struggling to survive and the entrepreneur, struggling to realize himself. Bedros, in this epic novel based on the 1915 Armenian Genocide carried out by the Ottoman Turks, is nourished by hope, defiance, and courage, flowering at last in the streets of Philadelphia. The story spans half a century and three continents. BEDROS is a literary roller coaster. The reader is lulled, electrified, dropped into a pit of despondence and then transported to a world of delight. It is an inspiration to the descendants of all those persecuted immigrants who dreamed and triumphed in America.

Irene was born in Philadelphia in 1944, a third-generation Italian American. Her father was killed in WWII, just one month prior to her birth. Her mother remarried and went on to have six more children. Born and raised in Philadelphia, Irene graduated from Marple Newtown High School and attended Temple University where she met her husband, Peter. Peter and Irene have four married children and eleven grandchildren. Irene has published two novels: The Carnation Tablet, a tribute to her father, and BEDROS, based on Peter’s father’s life.

During the Assembly’s Welcome Reception on Friday, March 13, Vosbikian will present her book BEDROS and sign copies for guests who purchase the novel. Vosbikian has generously agreed to donate all of the evening’s proceeds to the Armenian Assembly of America.

“The Assembly is grateful to Irene and the Vosbikian family for their many years of service and support,” stated Assembly Executive Director Bryan Ardouny.

The Armenian Assembly’s Annual Member Meeting will be held at the Marriott Hotel at Boca Town Center, 5150 Town Center Circle, Boca Raton, FL 33486. Please call (561) 392-4600 to reserve your room and be sure to mention the Armenian Assembly in order to receive the reduced rate of $169.00 per night.