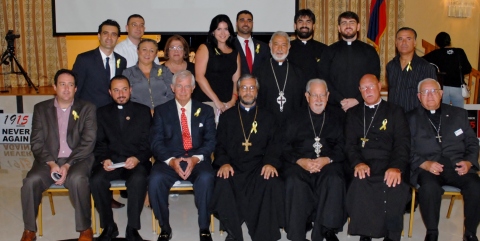 Armenians around the world commemorate the genocide on April 24, when in 1915 Turkish authorities arrested some 250 Armenian intellectuals and community leaders in Constantinople.  Thereafter, Armenians were uprooted from their homes and forced to march for hundreds of miles, depriving them of food and water, to the desert of what is now Syria. Over 1.5 million Armenian men, women and children perished in 1915-1923 in what historians recognize as the Armenian Genocide.  While 23 countries have officially recognized the events of the period as genocide, Turkey denies the word genocide as an accurate description of the events.  In recent years, it has faced repeated calls to accept the events as genocide, but has refused to do so. 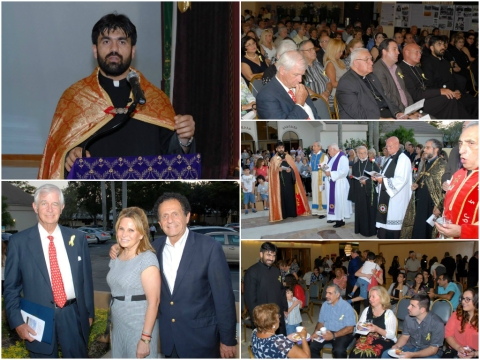 Boca Raton City Councilman Mike Mullaugh attended the commemorative service and read a proclamation from Susan Haynie, Mayor of Boca Raton, which announced April 24th 2014 as Armenian Martyrs’ Day. The proclamation called upon the citizens of Boca Raton “to join all Armenians worldwide to observe the 99th commemoration of Martyrs’ Day in the hope that these days of infamy will never be forgotten.”

As the Armenian community commemorated 99 years of a genocide unrecognized by its perpetrators, the focus of the program echoed a growing shift.  Instead of looking to the past, the evening highlighted the survival of the Armenian people and looked to the future, through artistic expression. Mr. Taniel Koushakjian, Communications Director of the Armenian Assembly of America, served as master of ceremonies and took the crowd through the evening’s events. The program included several artistic performances by local Armenians.  Some read poetry, others played the piano or violin, while still others danced or performed vocally. 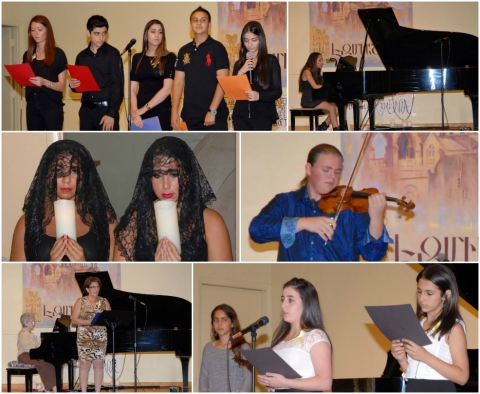 This year’s commemoration followed on the heels of the April 12th Walk Against Genocide in Mizner Park, a walkathon organized to raise funds for genocide awareness, community outreach and advocacy for more comprehensive genocide education in Florida public schools. 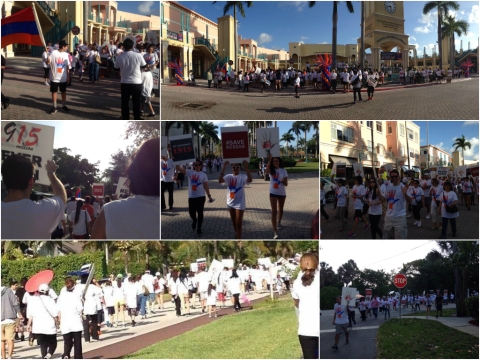 David Silvers, Candidate for Florida House District 89, addressed the crowd of over 250 walkathon participants that day: “The actions of the Ottoman Empire perpetrated on the Armenian people was and is an affront to all of humanity.  I strongly believe that politics shouldn’t get in the way of facts. It’s a fact 1.5 million Armenians died as a result of this genocide. It’s a fact that national, state, and local governments all over the world have recognized this genocide. It’s a fact that all of the lives lost mattered and refusing acknowledgment of this genocide is the type of political gamesmanship that’s beneath the American people.”

Both the April 12th Walk Against Genocide and April 24th commemorative service at St. David Armenian Church were organized by the Armenian Genocide Commemoration (AGC) Inc., a nonprofit organization comprised of representatives from various Armenian American organizations and churches in South Florida. 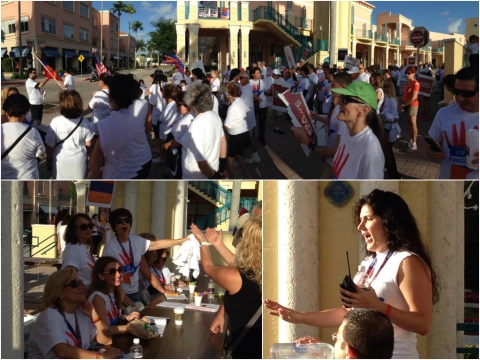