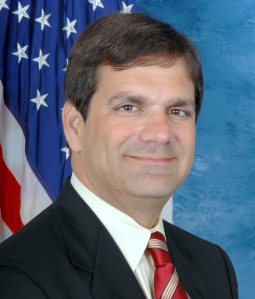 “I look forward to working with like-minded House colleagues in the Congressional Caucus on Armenian Issues to continue and grow the Caucus’ focus on issues of concern to the Armenian American community,” Congressman Bilirakis told FLArmenians.com. “I have long admired the tenacity and strong will of the Armenian people who have thrived despite enduring a history of suffering under repressive regimes. I am especially gratified to be a part of the Caucus as we come upon the 100th anniversary of the Armenian Genocide – a horrific massacre of over 1.5 million innocent Armenian men, women, and children. I intend to work diligently so that the Caucus can pass a resolution that expresses a sense of Congress that is meaningful and effective.

“Finally, as Co-Chair of the Congressional Caucus on Hellenic Affairs and Founder and Co-Chair of the Congressional Hellenic-Israel Alliance, I am eager to help incorporate Armenia into the broader discussion of energy and security issues with Greece, Cyprus, and Israel. The Caucus has a long history of bi-partisan cooperation which I look forward to continuing as we take on new challenges in the years ahead.”

Congressman Gus M. Bilirakis is a Republican from Palm Harbor, representing Florida’s 12th Congressional District, which includes all of Pasco and northern parts of Pinellas and Hillsborough counties. He was first elected to Congress on November 7, 2006, and is currently serving his fourth term in the United States House of Representatives.

As a young boy, Gus learned the importance of public service from his father, Michael Bilirakis, who represented Florida’s Ninth Congressional District from 1983 to 2006. The elder Bilirakis also instilled in his son a pride in the family’s Greek heritage, which Gus proudly carries into his career today.

Bilirakis sits on the House Energy and Commerce Committee and is the Vice Chair of the House Veterans’ Affairs Committee.