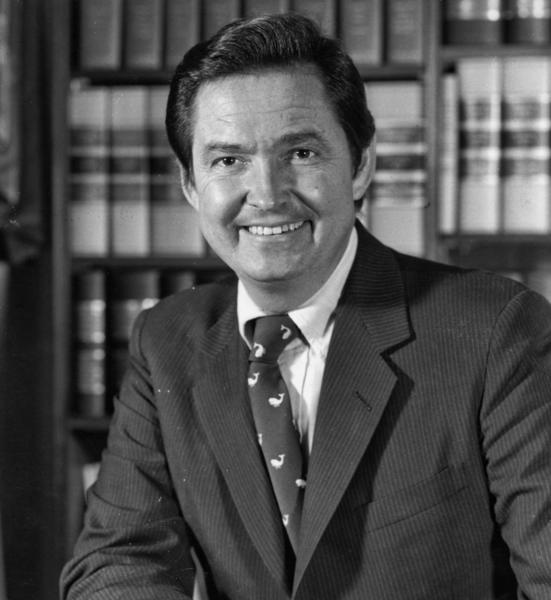 Florida Armenians (FLArmenians) mourn the loss of Congressman E. Clay Shaw, Jr. (R-FL), who passed away on Tuesday, September 10, 2013 after a long battle with lung cancer. He was 74. A former mayor of Ft. Lauderdale, Shaw began his 26-year tenure in Congress in the 1980 election that saw a wave of Republicans elected to office, most notably President Ronald Reagan. He served in the 22nd District, covering the coastal parts of Broward and Palm Beach Counties, until 2006 when he lost a tough re-election battle to Democrat Ron Klein.

A friend of Armenia, in the early 1990’s Rep. Shaw was a strong supporter of Armenia’s independence from the Soviet Union. He would later cosponsor legislation reaffirming the U.S. record on the Armenian Genocide and was a member of the Congressional Armenian Caucus, according to the Armenian Assembly of America.

The Sun-Sentinel’s Anthony Mann, William E. Gibson and Brittany Wallman echoed Rep. Lois Frankel (D-FL), who now holds the seat, in their obituary headline rightfully remembering Shaw as ‘a great statesman’ of a bygone era in American politics. “For many years in Congress, Shaw quietly served his constituents behind the scenes and avoided controversy. But as he gained seniority, he became a force on the House Ways and Means Committee and grabbed national attention in 1996 by chairing a subcommittee that drafted a sweeping welfare reform law,” they wrote. I highly recommend reading their column in full, available here.

A memorial service honoring the life of former Congressman E. Clay Shaw, Jr. has been set for Saturday, Sept. 21, 2013, at 11:30 AM at St. Anthony’s Catholic Church, 901 NE Second Street, in Fort Lauderdale.

In lieu of flowers, the family is requesting that a donation in memory of Congressman Shaw be made to the Lung Cancer Alliance, P.O. Box 418372, Boston, MA 02241-8372, or online at www.lungcanceralliance.org.