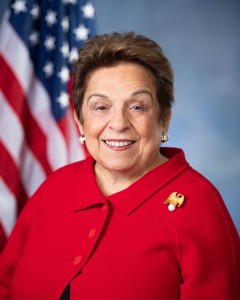 “Over 100 years ago, my grandparents fled the Ottoman Empire to escape the #ArmenianGenocide”, she posted on Twitter.

Shalala was the only Florida Representative to issue a statement this year. She was also an outspoken supporter of the Armenian Genocide recognition resolution and spoke on the floor of the House during the debate when it passed on October 29, 2019 for the first time in U.S. history.

Over 100 years ago, my grandparents fled the Ottoman Empire to escape the #ArmenianGenocide

My grandmother’s would cry when she spoke of her Armenian friends who were slaughtered.

Let us continue to shine light on this dark hour in history so that it never happens again.

Armenians around the world commemorate the World War I-era mass killings of 1.5 million of their kin every year on April 24th, when in 1915 the Ottoman Turkish government rounded up and murdered over 200 Armenian intellectuals in Constantinople (Istanbul) marking the beginning of the Armenian Genocide.