Aram Khachaturian would be 115 years old today, AGBU WebTalks Reminds us of His Early Years 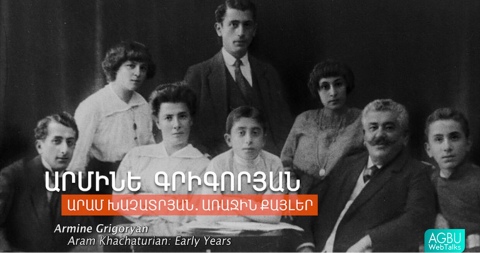 Armine Grigoryan, Director of the Aram Khachaturian House-Museum in Yerevan, recounts the formative years of the renowned Armenian composer, from his childhood in Tbilisi to the beginnings of his prodigious musical career in Moscow. By the time he graduated from the conservatory, Khachaturian had already made his indelible mark on the likes of such giants of classical music as Prokofiev and Shostakovich, embarking on a musical career that would span decades and transcend borders. 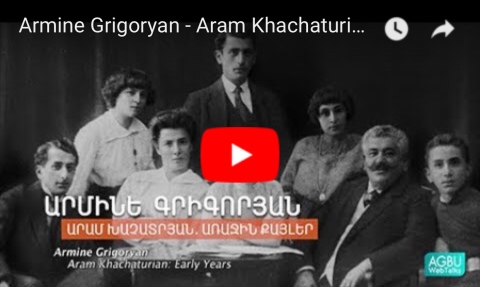 Armine Grigoryan is the director of the Aram Khachaturian Museum in Yerevan, Armenia and a professor at the Yerevan State Conservatory. As an accomplished pianist, she also performs with the Khachaturian Trio, a laureate of a number of international competitions. During her musical career, Grigoryan has recorded several CDs, among them, “Unknown Khachaturian,” and performed in concerts throughout Europe, Japan, China, Russia, Australia, Canada and the United States. Grigoryan is a prize-winner of the “Roma-2003” international piano competition, competition, where she received a special Medal of the Chamber of the Deputies of Rome, and has been awarded medals from the Ministries of Culture of Poland and Armenia.