How Armenian Immigrants are Making Their Mark in Ybor City 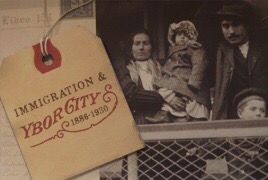 Alex Mesropian moved to Tampa, Florida from Armenia in his early 20s. He married a local woman of Armenian origin, and together they started successful real estate and property maintenance companies in Ybor City.

The first cigar was rolled in Tampa’s Ybor City in 1885, turning the district into one of Florida’s most renowned immigrant enclaves.

In almost a century and a half since it was founded by a Spaniard who emigrated to Cuba, Vicente Martinez Ybor, Ybor City is morphing into one of Tampa’s entrepreneurial hubs, with a fresh wave of aspiring immigrants channeling the area’s heritage, the Miami Herald says.

The second episode of ‘Making it in America,’ a Florida-wide documentary series that features immigrant entrepreneurs, takes a look at how Ybor City’s immigrant roots continue to deepen. Featured in the video are Panamanian-born Roberto Torres and Mesropian, an Armenian immigrant.

Mesropian and his wife currently employ more than 30 people, he said.

“We ended up owning our own office in Ybor City and we ended up managing at least 30 percent of properties in Ybor City,” Mesropian said.

“My goal is to really wake up younger generations and tell them ‘you can do this.’”