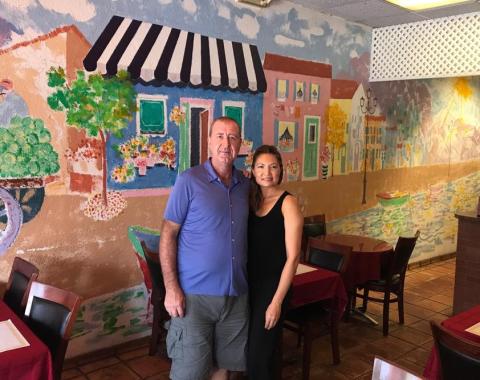 Husband and wife, Nick and Ana Sarkisyan run and own Boca Skewers in Boca Raton, Florida since 2007. They have been planning to expand to other cities per customers’ request. (Photo Courtesy Boca Skewers)

In a recent article entitled, ‘This Boca Raton restaurant is a must-try neighborhood gem,’ Palm Beach Post entertainment reporter Julio Poletti highlights one of only a handful of Armenian-owned restaurants in the State of Florida.

“The Sarkisyans wanted a small, European-style restaurant in a great location. When they found Boca Skewers, with less than 1,000 square feet in the popular Mizner plaza, they thought it was perfect,” Poletti writes.

He goes on to share the menu of various Armenian-style Mediterranean dishes served at Boca Skewers, such as chicken kebab, lamb soltani, tabouli, falafel, and hummus, to name a few.

The article also highlights the founders of Boca Skewers, Nick and Anna Sarkisyan. Originally from Armenia, they lived in New York before settling in Boca Raton a little over a decade ago. 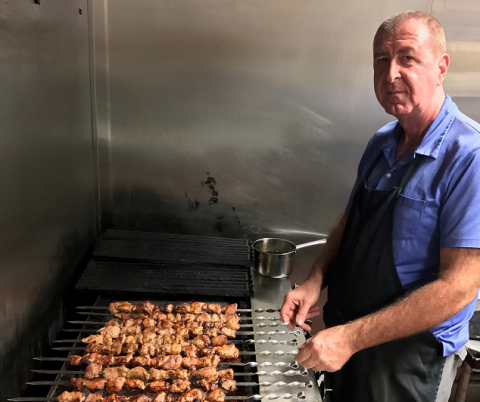 Nick Sarkisyan, owner, said that even when he has left his exact recipes for other family members to do the cooking, the customers will say it doesn’t taste the same. This is why Sarkisyan no longer takes days off. (Photo Courtesy Boca Skewers)

Like most Armenians chefs, Nick Sarkisyan prides himself on doing the majority of the cooking himself, Poletti found. “I can’t trust my grilling with anybody,” Sarkisyan told the Post.

You can read the entire article in the Palm Beach Post here.