BOCA RATON, FL – The first official event in the USA that will mark the 100th commemoration of the Armenian Genocide will be held on the evening of Saturday, January 24 at Florida Atlantic University (FAU) when local non-profit organization Armenian Genocide Commemoration, Inc. (AGC) brings Sayat Nova Dance Company of Boston (SNDC) to Boca Raton for a one-night-only performance. SNDC takes its name from the famous 18th century troubadour, Sayat Nova, whose beautiful music and poetry captures the essence of the Armenian soul and spirit. As part of a rich culture, Armenian dancing is a reflection of the life and legacy of the Armenian people. Each dance symbolizes the livelihood, the aspirations, the legends, the celebration of life and appreciation of beauty. The SNDC’s mission is to preserve and promote the Armenian culture, to foster an atmosphere of friendship among individuals sharing the pride and indomitable spirit of the Armenian people, and to further educate and elevate multicultural awareness within all ethnic communities worldwide. Their newest choreography was designed specifically for the genocide centennial commemorations that will be taking place this year.

“The program displays the evolution of Armenian history depicted by dance, music, poetry and storytelling,” said Garen Avetissyan, the group’s general manager. “The production takes you on a journey through pagan times, the adoption of Christianity, the battle of Vartanantz, the cultural Renaissance, the massacres of the Genocide, to an ultimate celebration of an independent Armenia. You will experience triumph and despair, sorrow and exuberance as you watch Armenian history come to life. The show combines classical and avant-garde movement to evoke the power of Armenian culture.”

This year, Armenians around the world will commemorate 100 years since the genocide that began on April 24, 1915 when Turkish authorities arrested some 250 Armenian intellectuals and community leaders in Constantinople. Thereafter, Armenians were uprooted from their homes and forced to march for hundreds of miles, depriving them of food and water, to the desert of what is now Syria. Over 1.5 million Armenian men, women and children perished between 1915 and 1923 in what historians recognize as the Armenian Genocide. While 23 countries have officially recognized the events of the period as genocide, Turkey denies the word genocide as an accurate description of the events. In recent years, it has faced repeated calls to accept the events as genocide, but has refused to do so. 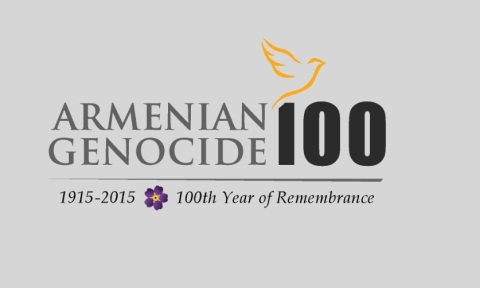 Since the Armenian Genocide, genocide has continued to occur. Greeks, Assyrians, Ukrainians, European Jews, Cambodians, Rwandans and those in Darfur have all seen genocide take their people from them. Funds raised by Sayat Nova’s performance will go towards maintaining and expanding genocide awareness and education in Palm Beach, Broward, and Miami-Dade counties.

Tickets for Sayat Nova Dance Company of Boston can be purchased at the FAU Box Office by calling 800-564-9539 or online through Ticketmaster. Students and Seniors are $15 and Adults are $45-$55.

AGC, Inc. is a 501(c)(3) non-profit organization whose purpose is to observe the Armenian Genocide, as well as bring awareness to the public on all genocides. The committee was incorporated in February 2014 and is comprised of representatives from the following South Florida organizations: St. David Armenian Church, St. Mary Armenian Church, Armenian Assembly of America, Armenian National Committee of America, Armenian Relief Society, Florida Armenians, Homenetmen, Armenian Revolutionary Federation, and Knights of Vartan.

Posted on January 16, 2015, in General Update. Bookmark the permalink. 1 Comment.